﻿WHAT ARE SECOND-HAND SONGS?﻿

﻿WHAT ARE SECOND-HAND SONGS?﻿ 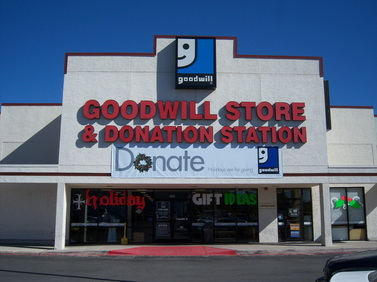 Have you ever shopped at a Goodwill store, or any other second-hand shop? Even if not, you can imagine, especially those in the more affluent parts of town, Goodwill can hold a treasure or two. A designer dress in your size bought but never worn, or a diamond ring forgotten in the zipper part of a purse (it’s happened.) You can get some pretty nice stuff there if you take the time to look.

I’m sure you’re asking yourself what do second-hand stores like Goodwill have to do with singing. People give things that were once good enough to purchase new but are no longer wanted to Goodwill, when they are purchased a second time they become “new” again.

UB 40 took what was used and made it new by giving it a different twist. It’s the very same song, has the same lyrics and the same notes. But Neil’s ballad version makes you think of romantic dinners and long walks on the beach. UB 40s version makes you think of tapping your toes and dancing on the beach. UB 40 went shopping at Goodwill and came home with a treasure.

If you have a favorite older song that is not typically sung in your genre why not see if you can adapt it to your style of singing? Take a slow song and sing it fast, a country song and put a pop twist to it, or the other way around. This can translate to hundreds of “original” songs that you can add to your song list.

There’s something very comforting about an old hit, perhaps because at one time it was good enough to top the charts. Why not let these songs transcend time and genre and introduce them to a new generation? Take a moment to look up the following three songs on Youtube and listen to the differences.
“The Needle and the Damage Done” Neil Young/Cloud Rat
“Personal Jesus” Depeche Mode/Johnny Cash
“Whiskey in the Jar” Peter Paul and Mary/Metallica

“There are some songs that you don’t truly appreciate until another artist takes it on and makes it their own. Oftentimes the newer version draws out the original’s complexities in a way you never would have noticed before. Or maybe the first version is equally compelling, but the cover artist reimagined it with such grandeur that many don’t even realize that it’s a new take on an old song. Whether converting dance bangers to melancholic ballads or pop hits to garage-rock anthems, sometimes a complete 180 is exactly what a track was missing.”—Tess Duncan (Paste Monthly)