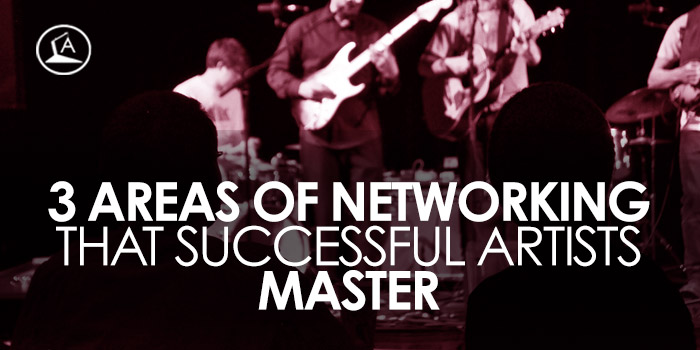 It’s not what you know, it’s who you know.

You’ve heard this worn out cliché before.

Now, I won’t disagree (that much) with it, but I will say that we give waaaay too much credence to the last half of the phrase and exactly zero to the first half.

I realize this sounds creepy – like ‘sitting-in-a-tree-watching-through-someone’s-windows’ creepy – but before you get all weirded out, come up in the tree for a moment and see what it looks like from my perspective.

You see, I believe the original phrase neglects the fact that knowing someone is really hard work.  It takes years of interest, dedication and follow-through to get to know someone, especially…

·
We see the “it’s who you know” and immediately fill ourselves with excuses.  We say about the guy who got the private gig we didn’t, “He cheated, he knew the business owner.”
We scream, “I’ve been robbed!” when a band hires their friend to play drums for the tour instead of choosing you – even if you were a long shot.

But this is EXACTLY what networking in music is about; building friendships with a purpose.
This might be hard to hear but the people who got what you wanted simply played the game a little bit better than you.

That’s not a reason to be angry.

It’s a reason to take notes and be motivated.

So, in that vein, I’m going to show you 3 areas that successful independent artists need to master.

NETWORKING WITH VENUES
For indie artists, venues are initially the most fruitful connection…

1.They’re good for getting you a gig on a regular basis, which helps you build a fan base and credibility.

2.They become an opportunity for ‘trust builders’ with other artists.  This helps you build relationships with artists, which we’ll get into later in this post.

I also generally throw booking agents and promoters in with venues on this one – basically anyone in a professional music capacity that means they spend a lot of time out at shows. These people are great to have in your back pocket as they have a long list of contacts themselves and a long list of potential opportunities flowing their way. Truthfully the more people you have who book and schedule shows in your contacts the more opportunities you’ll have as a result.

Using your venue contacts to line up a gig for another band is single-handedly the best way to build relationships with other artists.  When I look back at the work I’ve done with artists, I see the following flow time and time again…

1.Venue needs 1 or more artists for an upcoming gig
2.Venue reaches out to me
3.I can’t do the show but I specifically mention someone that I know who would be a great fit
4.Venue/promoter/etc. wants to save time and almost always takes recommendations
5.The artist plays the show and then returns the favor later down the road

Use your venue contacts to build relationships with other independent artists.

Lastly, building relations with venues opens up the door for the “we need an artist pronto!” emergency. The ones where you can shine by jumping into the line-up at a moment’s notice.  We’ve all heard of big acts rolling through town and the opener comes down with laryngitis, gout or something equally gross , forcing the promoter into an immediate frenzy.

They rifle through their Rolodex looking for a replacement.

Wouldn’t it be great if you were top-of-mind in this scenario?

NETWORKING WITH ARTISTS
Some artists treat music as a competition…

It’s either arrogance or fear that drive these misguided people.  Successful artists recognize that collaboration will get you muuuuuch further than competition.
Those that treat the space as collaborative…
1.are happier people and better spoken about in the scene,
2.are more successful at landing gigs,
3.are able to efficiently reach the right fans,
4. and have less body fat and a more active libido.*
*this one isn’t real.

Think of it this way; who do you want to share a bill with? Generally it’s…

Build your network of artists and you’ll have a lot of friends to share bills with. This means you’ll have more people calling you to play with them – increased exposure to paying gigs – and more people to call when it’s your turn to set up a gig.

So how do you fill your contacts with artists?

1. Be intentional about building relationships with bands by meeting at least 1 person from each band you play with – Get to know the people who are playing the same sized venues and to roughly the same crowds as you.  These are your “peers.”

2. Make a list of bands/artists that are at the next level above you and create ways to network with them – Starting in your home town, make a list of artists that are playing at the next level and creatively find ways to network with them.  One of the best ways I’ve found is to work with a venue to set up a gig and offer to line up the artists.  Reach out to big names on your list and invite them to headline, then throw your band on as an opener.

3. Please, for the love of all that is good, follow up with your contacts – I’m pretty sure this is the cardinal rule of networking.  If you don’t actually maintain relationships with your contacts, then what good is having them?

And don’t forget the little tip from above: the fastest way to build relationships is to set someone up with a sweet gig.

NETWORKING VIA SELF-PROMOTION
In all my experience I’ve never understood why independent artists don’t see self-promotion as a networking tool.

But when done right, it’s a very effective networking tool.

I think of self promotion as raising my hand and saying “I’m here.”

So, how do you promote yourself for better networking opportunities?

A lot of this is tied to how you promote yourself as an artist to fans and the way you use your social media and your website.

Here’s an excellent example:  One person that I’m coaching had the simple idea  – that is also proving to be incredibly effective – of posting 15 seconds of video to his Instagram feed EVERY DAY of him playing a different beat on the drums.

It shows a) how awesome of a drummer he is and b) how seriously he takes his profession.  After only a couple weeks doing it, he has added 100 followers to his account.  It’s simply a matter of time before some interesting opportunities pop up because of this little consistent action.

In all aspects, networking is about providing value.  If you can consistently provide value to other artists and venues while looking valuable in your self-promotion your network will blow up in no time.