4 WAYS EVEN THE SHYEST ARTISTS CAN DEVELOP THEIR ONSTAGE PERSONA

4 WAYS EVEN THE SHYEST ARTISTS CAN DEVELOP THEIR ONSTAGE PERSONA 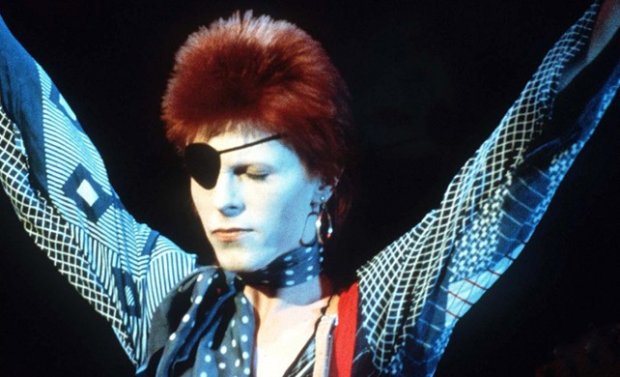 Artistry itself is a tough egg to crack. A lot of artists are protective of their work and even a bit private with it. It’s their baby, something they crafted, so naturally, they want to hold it close and only share it when necessary. At the same time, however, the artist is a performer and must put his or her emotions into a visual display and act out the work that he or she tediously birthed.

By nature, musicians must be both an introvert and extrovert combined. They must have the introversion to create a piece of moving artwork, and the extroversion to get out there and display it. This is hard. A lot of artists do it, however, and most of them achieve this feat by creating an onstage persona. This persona doesn’t necessarily have to be a complete Hannah Montana makeover, but it can be a small internal switch. Let’s take a look at four ways even the shyest of artists can develop a charismatic onstage persona and become the extroverted performer of their dreams.

1. You’re playing a role… three of ’emBeyoncé has Sasha Fierce, David Bowie had Ziggy Stardust, and even rapper Nas had an alternate persona called Escobar that he introduced in the mid-1990s. While you may not want to give yourself a whole new name and wardrobe, it’s smart to think of yourself playing a role. Besides, we play roles all the time, right? We play the role of son or daughter when with our parents, student when we’re in our classes, employee when we’re at work. We’re the same person, just behaving a bit differently in those different environments.

The same goes for performing. Think of it as just playing a role; it’s still you, but you’re just wearing a different hat. In this case, it’s your performer hat. To take this even further, you should see your “alter ego role” in three different levels of intensity:

2. Emulate the greatsRemember: emulate, don’t imitate. We all have inspiration; even the greatest stage performers of all time drew their performance style from others. Michael Jackson’s signature dance moves were inspired by early vaudeville and silent movie actors, and Mick Jagger emulated his explosive stage presence after an iconic James Brown performance at the Apollo. Do your research! By watching greats that inspire you, you begin to develop a mindset of what it’s like to be a live performer. You don’t have to strut like Jagger, or moonwalk like Jackson – and it’s rare that you should.

If you’re an acoustic performer, you might want to be less animated, but you should still investigate the stage presence of similar artists. By seeing how others do it, you can get a vibe for how your own live performances may want to play out. Be a student of the masters, and you may organically pick up a thing or two. And, like I said above, emulate rather than imitate. Don’t go onstage spinning and moonwalking like MJ or wearing all black like Johnny Cash and going by “Johnathan Dollars.” Be yourself while still taking cues from your inspirations.

3. Be socialOne of the best ways to find your voice onstage is by rehearsing that voice online. The way you word your Facebook posts or website copy should be a firm representation of your voice as an artist. Consider starting with some blog posts or a video blog. That way you can rehearse talking to an audience from afar – with the added security of an edit, rerecord, and delete button.

4. Accept fluidity and have fun!Just as an artist’s style may change, so will one’s stage presence and persona. Above all, remember that what you’re doing is an art – even the performance aspect. It’s performance art, really. It’s no wonder why so many big rock stars can easily make a move into Broadway or theater – the two are so very similar. Have fun with your music and your presence. Your stage persona is part of your craft, so hone in on it, explore it, change it, tweak it. Become the artist that you want to be.

​As a music marketing strategist, Tyler Allen works with an extensive array of artists, labels, music tech, and music retail entities. Tyler began his music industry career with Sony Music Entertainment and RED Distribution, as well as the advertising industry. He is dedicated to giving veteran artists the tools to preserve their legacy, and new artists the tools to begin theirs (as well as everything in between). Learn more at wtylerconsulting.com.