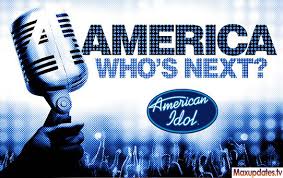 Singing on American Idol will be coming to an end after this current season. American Idol, X-Factor and America’s Got Talent are like tuition-free classrooms for up-and-coming singers. In fact, I feel watching these shows should be required viewing for anyone who wants to become a professional entertainer.

Aspiring singers can learn valuable lessons from these phenomenal hit shows. The advice given on voice control, body-support, appearance, branding, and other vital aspects of performance is about as good as you can get anywhere — and it’s tuition-free to boot!

Shows like American Idol are the Super Bowl for the kids who didn’t play sports in high school. They were the guys who were busy practicing their instruments or playing in the marching band. As competitors, singing on American Idol, The Voice, The X-Factor or America’s Got Talent helps young singers get a sense of what real-world professionals are looking for and what the American public responds to. Singers can learn from the critiques what works and what doesn’t, and then apply that to their own performance.

I give most of these panel of commentators high marks for generally right-on advice. But, strangely, I find that I have agreed most often with Simon Cowell, who has usually been the harshest. I’ve noticed though he seems to be a bit kinder and, dare one say, gentler? since he has taken the helm at The X-Factor. If you think Simon is tough, try convincing a roomful of label executives that they should gamble a million dollars on your career.

There have been episodes where the contestants who are singing on American Idol received criticism for choosing material that plays to their strength. The following week, the same singer was pilloried for making a song choice outside his comfort zone. And that’s something every singer should think twice about—stepping outside of your safety zone. Sometimes it’s simply best to do what you do best.

Choosing the right material is important and it’s wonderful when the perfect song and the perfect singer come together. But the qualities we hear in a great singer would come through if they were singing the phone book.

One caution I would give to the contestants is to guard against over-singing. Those who end up singing on American Idol and its clones seem to be obsessed with “LOUD.” Many of them belt the songs out so loudly that the words don’t seem to matter. It’s becomes a shouting contest.

Singing should be more subtle than just slinging a lot of voice around. When you sing with a thundering voice, you sacrifice the honesty, intimacy, and integrity of the lyrics. Yet, this style is presented to millions of television viewers as desirable.

Does being in the final top ten guarantee you a spot in the hearts and pocketbooks of an adoring public? No, but it sure beats rehearsing in the garage, or sitting around thinking about becoming a big star. Singing on American Idol, The Voice, The X-Factor or America’s Got Talent just might be your ticket to success. Or not..

Please leave a comment, we would love to know what you think. We respond to ALL comments.